Jester wrote:Utterly addictive game. Just drag the shape to answer the question being asked. Best overall score at my work so far 2.98

From 3.76 to 2.92 in four goes, but now I'm cross eyed! Consistently well off on the Parallelogram, but nailing Circle centre, Right angle and Convergence to make up for it.
by bruce
Second go:

It's like that time everyone wanted to play 'who can throw it over the rugby posts from furthest away' at QP...
by Jester
If, like me, you’ve STILL not sorted out your Christmas shopping and need a good recommendation, try this:

It’s got some great reviews, as you’ll see.
by dunc

Jester wrote:If, like me, you’ve STILL not sorted out your Christmas shopping and need a good recommendation, try this:

It’s got some great reviews, as you’ll see.

LOL... if only I had 50 sheets left, already spent up this crimbo
by Jester
Neat little game, just move your mouse around to rearrange the pixels and form the picture.

by Stew
I almost got sucked in to playing that then.

Must use time to apply for jobs and try to get some golf practice in (in local parks :{ ).
by rhatton1
at one thirty in the morning? I like your dedication to the sport Stew but you can stop practising to sleep.
by Stew
Oh I've been like a Rocky montage, training for tour

I just don't need another way to waste my days. Haven't thrown a disc since Saturday

Bit frustrating when you've got the image, but need to rotate it round ... ah well, back to work

Of special interest to Jesse, Bruce, Jester and Andy

by TheGroover
At the Europeans last year, Jesse, Jester, Bruce and myself had fun doing nighttime graffiti. Well, here's a chap who's taken it to another level. Amazing stuff: 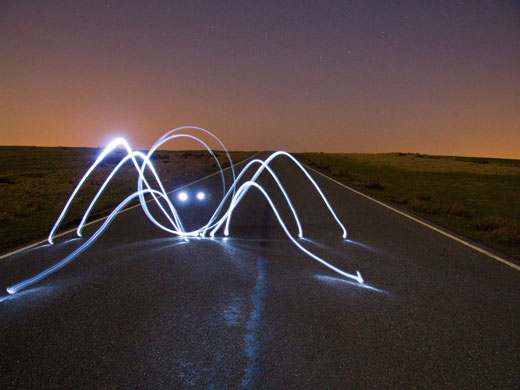 http://www.nasa.gov/images/content/1244 ... 037579.jpg
by rhatton1
What you're actually looking at here is Richard Branson's new round the world hot air balloon, he's going for the record this time, how you could mistake it for the moon, I just don't know.
by Jester
The art of clear communication

'WE WOULD RATHER DO BUSINESS WITH 1000 AL QAEDA TERRORISTS THAN WITH ONE SINGLE BRITISH SOLDIER!'

This sign was prominently displayed in the window of a business in CAMPBELTOWN, SCOTLAND.

You are probably outraged at the thought of such an inflammatory statement.

However, we are a society which holds freedom of speech as perhaps our greatest liberty.

WHO SAID UNDERTAKERS HAD NO SENSE OF HUMOUR?

Well done Scotland !
by bruce
http://idefex.net/b3talottery/
by DILLIGAF
PMSL at the sun this evening!

Confused? clicky the link below and you'll no longer be one step behind....